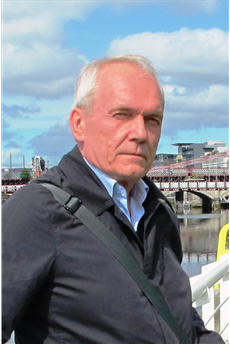 Mathematical analysis plays an indisputable role in almost all spheres of human activity. The world public telecommunications network is the largest technical object that a human has ever built. This network has been created since about the end of the 19th century and has survived all the stages of the development of industrial society. By 2020, 5 generations of the telecommunication network have already been created, and the scientific community is already discussing the networks of the future 6th generation of the network. At all stages, starting from the tasks set by the outstanding mathematicians Agner Erlang and Aleksandr Khinchin, engineers turned to various mathematical theories and methods both to evaluate the performance of existing networks as well as to build models of future systems, even those that have not yet passed the laboratory research stage. Almost no scientific article devoted to the R&D of telecommunication systems and networks is complete without the construction of mathematical models and their mathematical analysis. The created methods in some cases served the development of purely mathematical disciplines such, as queuing theory, coding theory, and some others.

We devote this keynote to the problems of the application of mathematical analysis in telecommunications and base it on the book «Matrix and analytical methods for performance analysis of telecommunication systems» dedicated to our teacher Gely Basharin and written by Valeriy Naumov, Yuliya Gaidamaka, Natalia Yarkina, Konstantin Samouylov. Of course, it is impossible in one speech to even briefly outline a book that describes the research of RUDN University mathematicians for about 60 years. The presentation will be focused on the part where the evolution of models is sequentially presented, starting from the famous Erlang formula, and up to the Resource Loss Systems we have built, aimed at analyzing new generations of wireless networks.

Konstantin Samouylov received his PhD in probability theory from the Moscow State University, in 1985, and a Full Doctor of Sciences degree in telecommunications from the Moscow Technical University of Communications and Informatics, in 2005. During 1985-1996 he held several positions at the Faculty of Science of the Peoples' Friendship University of Russia (RUDN University) where he became a head of Telecommunications System Department in 1996. Since 2014 he is a head of the Applied Probability and Informatics Department, and since 2017 he also holds the position of Director of Applied Mathematics and Communications Technology Institute (IAM&CT) at the RUDN University. He was visiting professor/professor-research at Lappeenranta University of Technology and Helsinki University of Technology (Aalto), Finland; Moscow Technical University of Telecommunications and Informatics, Russia; Moscow International Higher Business School (Mirbis), Russia; University of Pisa, Italy. He was a member of the ITU-T SG11 and IFIP TC6 WG 6.7. He worked and works now in a number of r&d projects within different frameworks, e.g., COST IRACON, COST INTERACT, within projects of Russian Foundation for Basic Research (RFBR), TEKES (Finland) and companies including Nokia, Telecom Finland, VTT, Rostelecom, etc. He is a member of editorial boards and reviewer of several scientific magazines, he is co-chair and TPC member of several international conferences. His current research interests include applied aspects of probability theory and stochastic processes, queuing and teletraffic theory, performance analysis of 5G/6G networks, resource allocation in heterogeneous wireless networks, wireless network slicing, IAB, URLLC and eMBB. He has authored and co-authored over 250 scientific and conference papers and seven books.